Why are you telling us for the hundredth time, mom?

The miraculous power of silence

A tiny, windowless room.
No natural light. No fresh air. No wall decorations.
A room where you are completely, absolutely alone.

Sound like the set-up for a Scandinavian noir novel?
Nope.

Discerning minds may have guessed by now.
Parents of young children know for certain.

The only place you can hide for a few minutes of peace and quiet.

Well, about that quiet...

“Greta, Marian,” I say to my daughter and son, getting up from the breakfast table, “I’m going to the bathroom. If you don’t bang on the door and twist the doorknob, I’ll be done faster.”

I shut the door behind me and start counting.
5 minutes in the bathroom.
4 minutes to clean up from breakfast.
3 minutes to put on enough makeup that I can go out where people can see me. Okay, let’s be honest. Today I’m going to need at least 4 minutes.
2 minutes to brush my teeth.
1 minute to throw on some jeans and a T-shirt.

20 minutes to attempt to persuade Greta (4) to reconsider her choice of summer attire, given the winter wonderland outside our door. In between attempts I’ll be chasing down Marian (2 1/2), who seems to have decided to embrace the nudist lifestyle, because he refuses to get dressed at all.

You don’t exactly have to be a card-carrying Mensa member to work out that we’re going to be late again.

Even worse, I was in such a rush I forgot to tell them to get dressed, so right now they’re probably having some sort of “ponies vs. excavators” battle or one of their other creative/destructive games.

I’m jolted from my reverie by someone banging on the door and trying to twist the doorknob.
“Marian! I know that’s you. What do you need?”
“I want Mommy,” complains a small voice on the other side of the door.
“Well, let go of the doorknob. I’m done in here.”

I come out of the bathroom, take one look at my son and something seems off. I can’t quite put my finger on it.
Then I see Greta sitting on her bed, and the penny drops.
Greta. Dressed.
Greta dressed appropriately for the weather, saying:
“I’m wearing long sleeves, look, Mommy! And I got Marjan dressed! I gave him his robot underwear and dinosaur shirt!”

If I were a teenager, I’d probably be saying “OMG.”
But I’m a dignified lady of a certain age, so I settle for staring with my mouth open and eyes wide.

Every single morning I lecture them.

Chase them around the house.
Ask a thousand times if they’re dressed yet.
Or I just ask them to get dressed and leave the room (only to come back a few minutes later to find them even more naked than when I left).
I yell like a fishwife.
Show them on the clock what time I need to leave.
Patiently explain that there’s a time and a place for both beanies and bathing suits.
Present every possible combination of princess shirts and cat leggings with the precision and speed of a fashion assistant at Milan Fashion Week for SPRING/SUMMER 2017.

All in vain.
Telling those two anything about getting dressed or what to wear is like talking to a brick wall, because apparently my children have an unusual medical condition in the form of selective hearing.

Or that’s what I thought up until now.

So there you go, mama, you who think you’re so smart sometimes.

They already know everything you wanted to say! They just filed it under their creative/destructive games, this time under the code name “mommy vs. the nudists.”

Okay, okay, my dear sweet children.
I can recognize a lesson when it’s presented to me on a plate.

Ease up when I’m pushing too hard.
Be quiet when I’m talking too much.
Don’t repeat what I’ve said many times before.

Maybe you think to yourself sometimes:

When you get a quiet minute (if you can!), try closing your eyes and answering the following questions.

Even as adults we don’t always know how to express what we feel in a certain situation. So we sit, we keep quiet, and we let people push us into things we don’t want. Maybe it’s some sort of carryover from our childhood, when we didn’t have the courage to say, “ENOUGH! This isn’t what I want. I’d like it to be different.”

Let’s try helping our children find that courage. Sometimes all it takes is giving them the chance to talk.

Next time you’re in the bathroom calling out, “Hey sweetie, time for your bath! The water’s ready!” and get not even a verbal response (much less actually showing up), instead of repeating the same thing, try going to find your little one and calmly saying, “I’m just asking if you heard me. You don’t have to come right away, but I need to know that you’ll finish playing with your train (or whatever) and then come for your bath.”

Try and see. Sometimes even a small change in our approach can save us a great deal of precious parenting energy.

If you try this and it works (and I’m sure it will!), have a look at the online Unparenting course. It’s stuffed to the brim with tips for how to build a relationship, step by step, in which both you and your children are happy.

Do you want to jump right in?

Get the Sleep Guide. You will discover three steps to get your baby to sleep quickly and without stress (and along with them, the first Unparenting principles).

Free Sleep Guide: Discover 3 steps to get your baby to sleep quickly and without stress

Your email address is safe with us 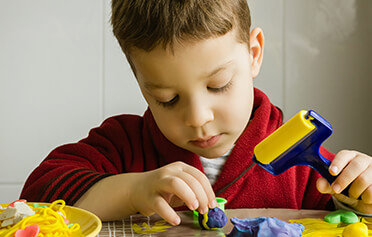 When children live in their own world 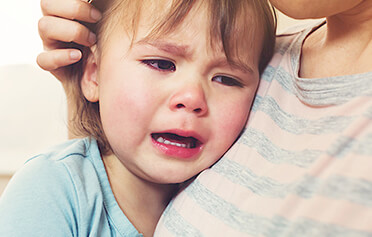 Did you say temper tantrums? Silence took care of them for us 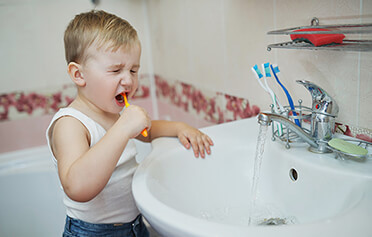 “Not the toothbrush again, Mom!”

Get in touch: Does your child have “selective hearing,” and you have to repeat everything over and over?